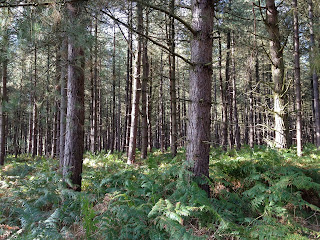 It is with great sadness that I write with such negativity. I enjoyed an amazing trail run through Thetford Forest in the east of England with my wife today. The forest is beautiful and the wildlife stunning. The Forestry Commission does a great job of maintaining the paths and tracks and makes it accessible to all who wish to enjoy the diversity of a lowland, predominantly pine forest in England. The run was fantastic and I thoroughly recommend it to anyone near the area.

Sadly, I had to make a complaint to the Forestry Commission. I would like to start by saying I have always run in harmony with cyclists across the whole of the UK. I don't mind them and I have never had any abuse in return. If you want to run then run. If you want to cycle then cycle. No problems, right? Each to their own and let us all appreciate each others ways to explore the outdoors. Sadly, today, I had my first run-in with a very rude cyclist; the man who owns BikeArt in Thetford Forest, resulting in the very unusual occurrence of myself putting in a complaint. Please see my email to the Forestry Commision below.

Today my wife and I had a lovely time in Thetford Forest starting at High Lodge and weaving our way around the forest paths. I am a keen and experienced trail runner and so the open access land of forest is a fantastic place to run. My wife also runs but on longer runs she cycles ahead or behind so as to keep up.

We hired a mountain bike from BikeArt in High Lodge for my wife. They were not very friendly at all when we picked up the bike but it was when we returned it that the problems started. After discovering that I had run around the forest he, the owner I presume (older tall man with glasses) preceded to say "Your an idiot" very aggressively. Not great customer service and made me feel very angry. Apparently running on the way-marked cycle routes as part of my run makes me an idiot. I pointed out that it is open access to walkers, runners and cyclists equally and therefore he cannot dictate where I run but he continued his barrage of insults on runners.

Whether it is sensible to run or not in various places is up to the individual and their experience level. No one complained at us during our ride/run and most people smiled and said afternoon. I was not a danger to myself or anyone else. In fact, on the technical sections I was faster than some cyclists so was less of a danger!!!

I am very appalled at the terrible customer service at BikeArt and although I know it is not directly anything to do with the Forestry Commission I do think it reflects on you having such a rude man on site. We spoke to other people their and discovered we were not alone thinking he was grumpy and rude!!!

Sorry to complain, everything else about the day and run was perfect! Keep up the good work.

Kind regards"
And if you don't just want it from one person, check out the following...all you have to do is write BikeArt Thetford review in Google and it's all bad news!!!
http://singletrackworld.com/forum/topic/bike-art-at-thetford-why-so-miserable
http://singletrackworld.com/forum/topic/bike-art-at-thetford-forest-the-owner-is-just-plain-rude
http://forums.bikemagic.com/showthread.php/81140-Bike-Art-Thetford
http://www.bikeradar.com/forums/viewtopic.php?f=40012&t=12545860&start=20
"The owner also has a bit of a reality problem, he thinks he owns Thetford Forest"

It saddens me to meet such ignorant people who spoil fantastic outdoor experiences for so many. Lets not be like this man when we meet one-another out running, walking, cycling or even horse riding. We all have our ways to explore the great outdoors and we should live in harmony with one another when doing so.

So, instead of being rude and obnoxious to each other, lets unite in the understanding that we are all in it to experience the great outdoors, to be amongst nature, to learn more about ourselves and the natural world around us and to rid ourselves of negativity and stress. Running, cycling or walking can improve our physical, mental, emotional and spiritual aspects of who we are, and so let us encourage and support one-another, avoiding the negative people who try to get in our way.

I certainly will not be returning to BikeArt, partly because of the appalling customer service and partly because he 'banned' me from his shop for standing up for runners (I did get a little angry towards him after suffering just one-too-many of his insults on running; of which I did apologise before I left), and I suggest if you wish to cycle the routes around Thetford Forest, you take your own bike or borrow one off someone you know!

Peace to all runners, cyclists and anyone else enjoying the great outdoors, however you choose to do it!
CavemanClarke 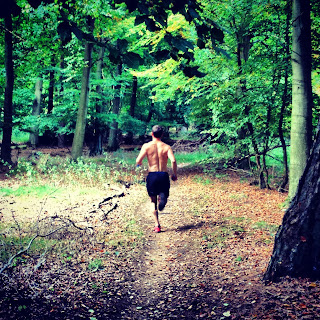 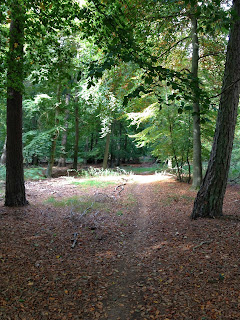