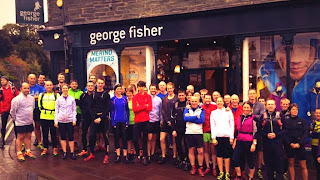 It all started at 03:30 Saturday morning, dragging myself and my wife out of bed. I'm not going to lie, it was hard rising that ridiculously early for whatever reason, but hopeful the weekend ahead would be worth the effort we got in the car to leave at 04:00 for the 250 mile journey to Keswick in the Lake District.

We arrived at George Fisher outdoor shop in Keswick just before 9am, the official start time of the 'Run with Ricky Lightfoot' Salomon demo trail run. This is where the fun began. Upon entering the store we were greeted and welcomed by the Salomon team and Ricky, and asked what shoes and kit we would like to trial on the run at 09:30. I, being a minimalist fan opted for the lower 4mm drop Salomon S-Lab Fellcross 2, the newer version of the Fellcross 1 I have been using in bad weather for the past few weeks at home. Picking up the shoes and a lightweight windproof I was ready for the run ahead.


The run was simply fantastic. We weaved our way out of the town, around part of Derwent Water and up Walla Crag. The run naturally split into two main groups; faster and more experienced trail runners and those wishing to take a more leisurely pace. The conditions were wet underfoot (perfect for trying out the monster grip of the Fellcross 2!) but the weather held out quite well for the duration of the run. Half way through, the windproof disappeared into someone's S Lab Advanced Skin 12 race pack due to the temperature being quite mild for the time of year. We worked our way up to Walla crag and then round and down the opposite side eventually returning to George Fisher after a total distance of just over 10km. It was a fantastic run. 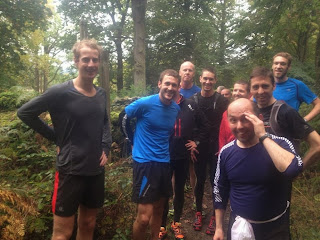 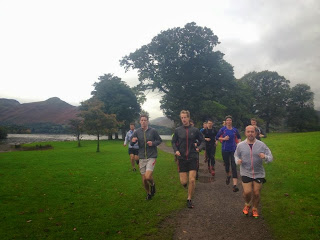 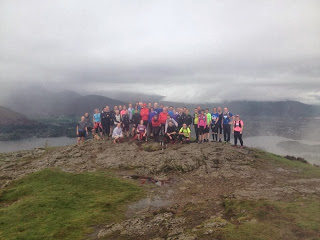 The scenery was breathtaking, the people were friendly, the Salomon team were very helpful and knowledgeable and Ricky was a brilliant ambassador both for Salomon and trail running in general. He ran and spoke with everyone, from the fastest to the slowest. I myself ran with him for 5-10 minutes and we chatted races, running, shoes and kit as well as having a bit of banter. He really is a down to earth and normal guy, and if you didn't know who he was you would have thought of him as just one of the pack on the day, which is refreshing to know beings as he is World Trail Running Champion! It was really appreciated by everyone there to run and chat with him, and he really is a top lad!


After the run, everyone had a good chance to chat with the Salomon reps and Ricky about whatever they wanted, before being handed a bag full of Salomon goodies to take home. After a good hour chatting with everyone Ricky and the team made tracks and I, along with my wife and a new found friend Faye, made our way to Abraham's Cafe at the top of George Fisher, where we were joined by Trail Running Magazine editor Claire Maxted. Together, the four of us got chatting about everything running related and proceeded to sample most of the delicious menu of drinks, cakes and home made soups and sarnies!

I would like to add at this point what great fun it was to run with new people and literally make new friends within the time it took to run 10km. It's not about how far or fast you can run, or how good you are compared to others. When it comes down to it, it is about enjoying the experience, taking in the scenery, appreciating what we are blessed with and most of all, sharing it with friends both new and old!

It wasn't just the fact I got to run with the World Trail Running Champion, or the amazing scenery that surrounded me that made this experience so memorable. It wasn't just the well planned and thought out event or even the excitement of a gear geek like me trying the new Salomon gear that made this such an amazing weekend. It was the people who made it, from new found friends to random conversations on the run, from chatting with Ricky to asking in depth questions to the Salomon Reps and team. Sharing this experience together felt fantastic! Well done Salomon; top quality event enjoyed by all!

Oh, and how could I have forgotten?! After the hype of Saturday, my wife and I decided to have a more relaxed day and casually run at our own pace around Derwent Water. I am very pleased and proud to say that it was my wife's longest ever trail run to date at nearly 18km (she has only been running a few months!!!). Well done my love. And to reward ourselves, and I recommend you do the same if you run near Keswick; we refuelled with the famous Hungarian Goulash at the Dog and Gun pub, Keswick. Perfect..... 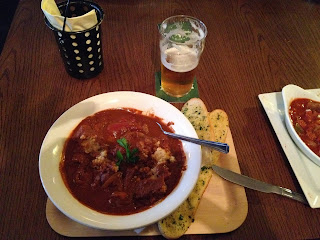 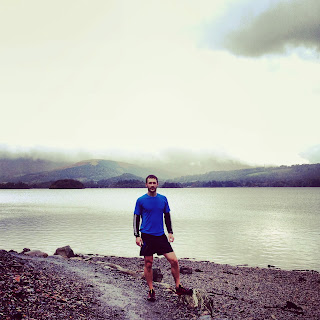